A few pictures from our last session, and a few comments.

This is a mish-mash, combination, variety, this & that roundup of photos.

Sometimes a batch of scattered slides shows up and we grab, scan and figure it out later.

What is a slide, you ask?

For those younger browsing family members, do you even know what “slides” are?  They look like photo negatives, encased in a little cardboard frame.  It’s difficult to even tell what’s on them until you use a negative viewer like this one or wait until they appear on the screen after scanning.

To see them back then, they were loaded into a projector cartridge like this and shown on the wall or on a screen.  Or a white sheet that Mom had hanging around.

Viewing slides was a big ordeal, and not nearly as convenient as scrolling through Google Photos…

So, enough with the explanations, on to the rest…

Join me in remembering!

It’s been fun captioning and commenting on these photos.  There are a lot of memories on this page.

If you would like to join in, please do so – I’d love to add your memories to these!

A Touch of Randomness

I have always thought my Aunt Karen was the bee’s knees.  We hit it off from the beginning!  (I actually can’t tell if I’m laughing or crying, but I’ll go with laughing…) 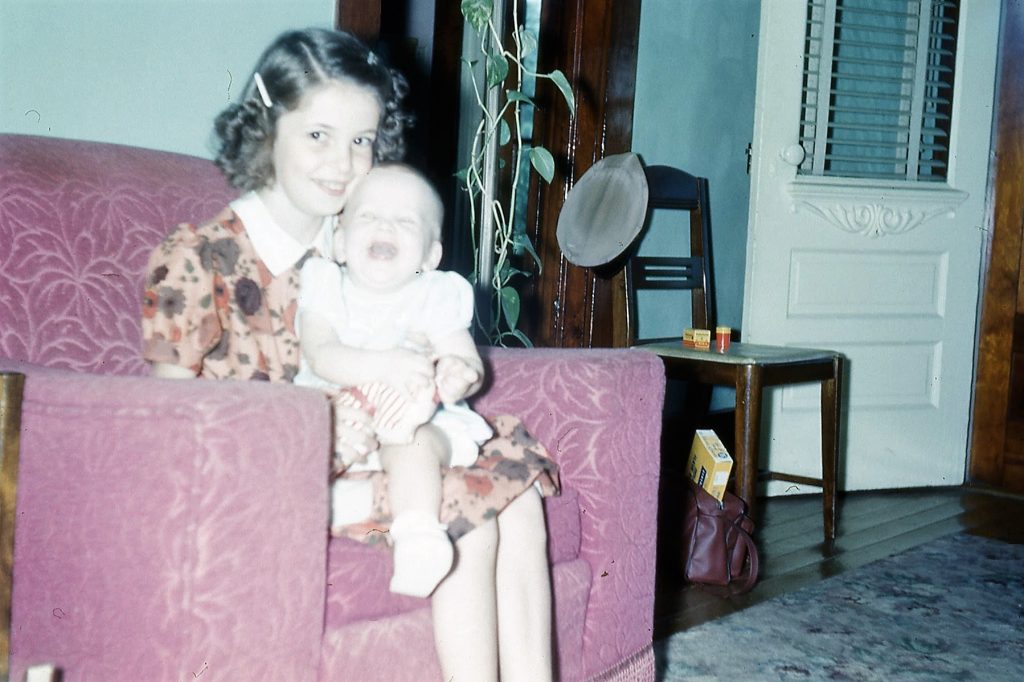 This day began our tradition of Angel Food Birthday Cake with gooey, gommy icing.  (John invented the word gommy)  My spell checker doesn’t like it so I’m assuming it really isn’t a word, but that’s how it’s spelled, right?    Say it like Mommy…

Oh, and I promise to tell the truth, the whole truth, and nothing but the truth.  So help me God. 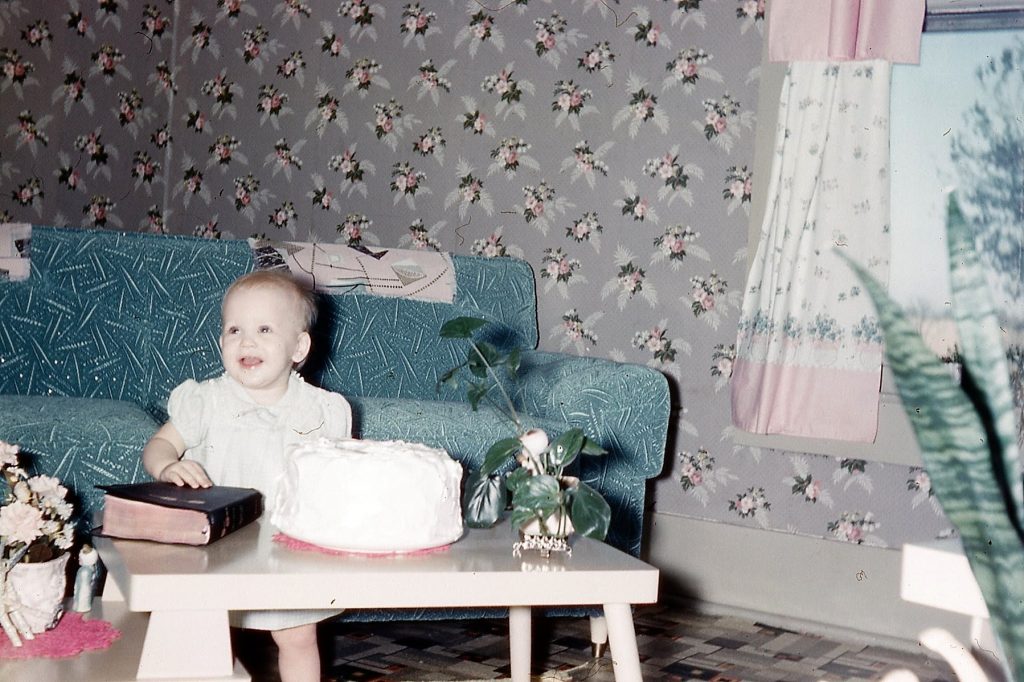 According to Dad (John), Giraffes are known to eat many cough drops in order to soothe their Loooong sore throats… 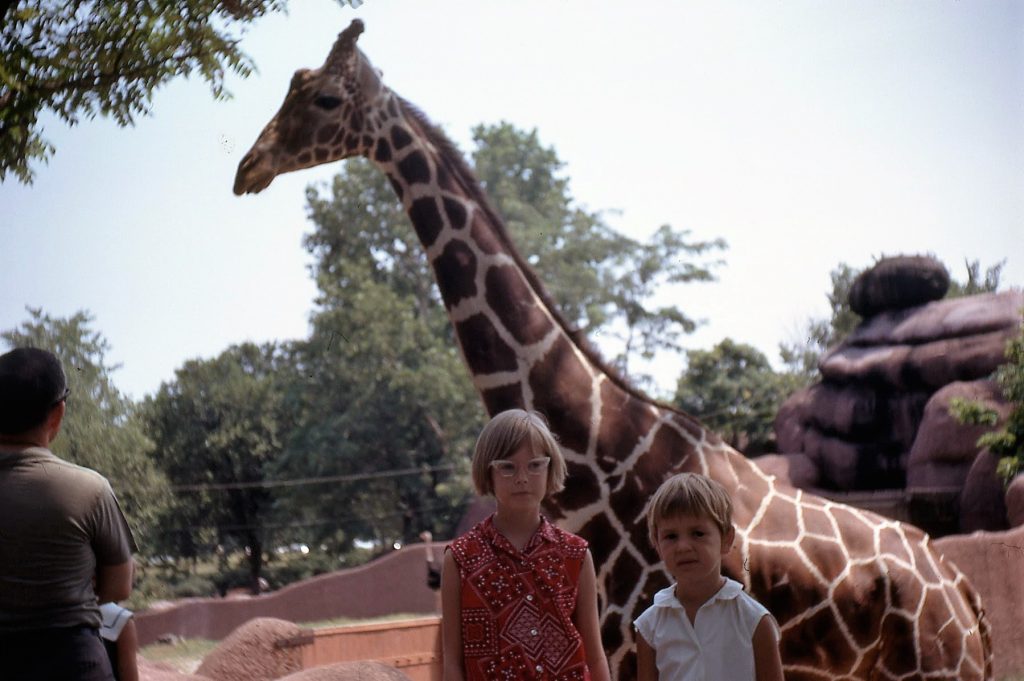 There is a huge difference between a stork and a flamingo.  When we were young, I’m glad no one gave our “Stork” that information… 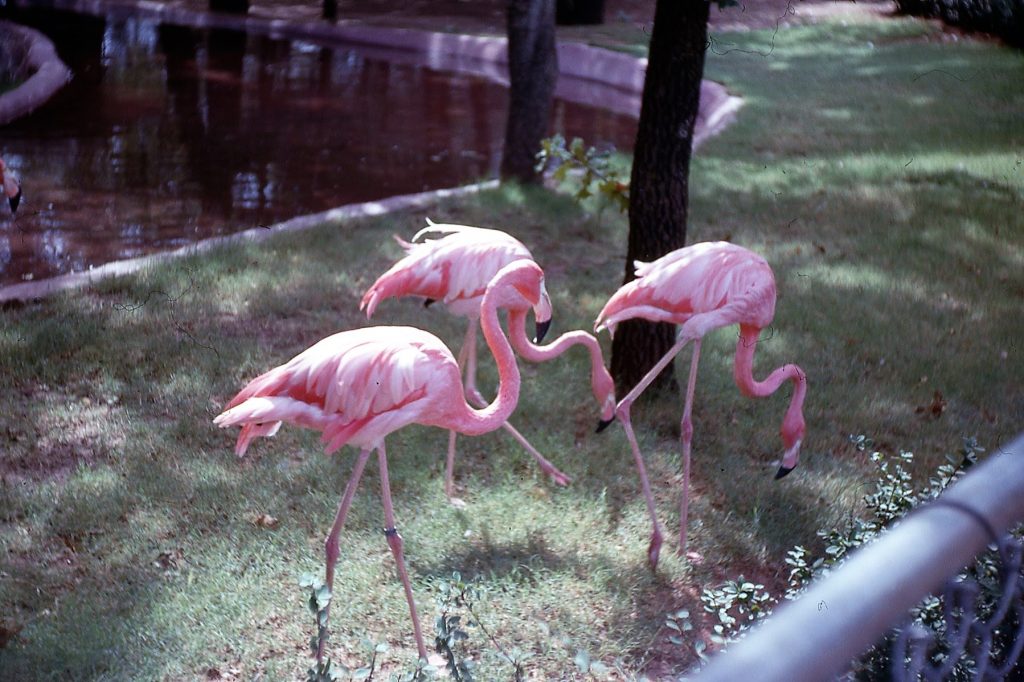 During one visit – in 1969 because J was 1 – we were allowed to get up on this horse that Granddad Thornton (Clark) was babysitting.  Can you tell we were city girls?  One holding her sisters, one holding the fence post, and one screaming with fear…  Fun times. 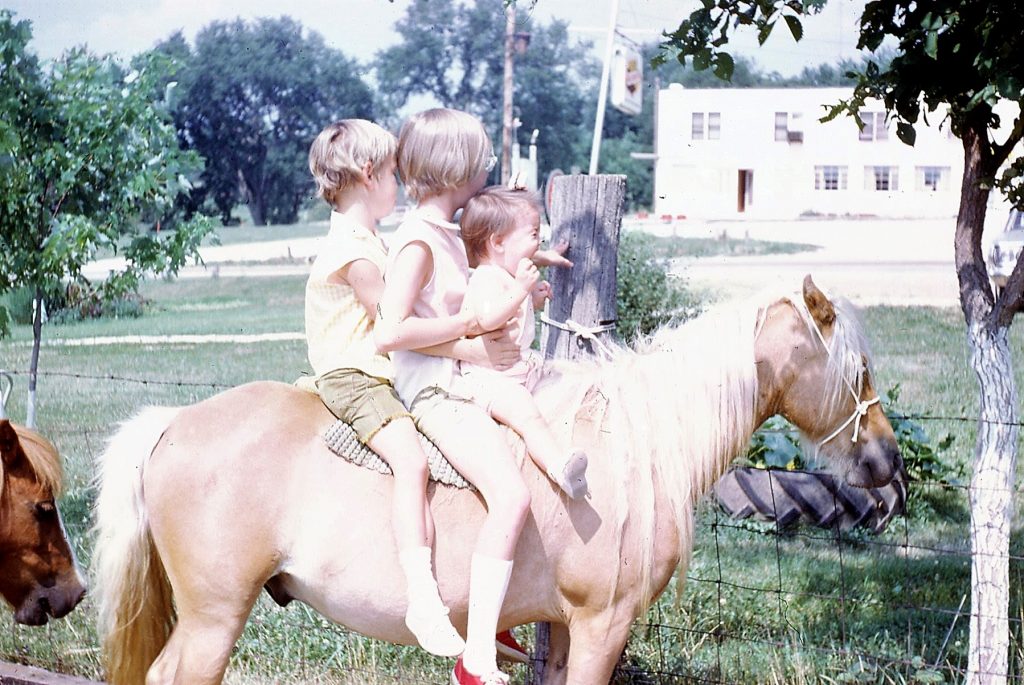 Janet (an unhappy “stork”), Kim, and Sue annoying a horse. 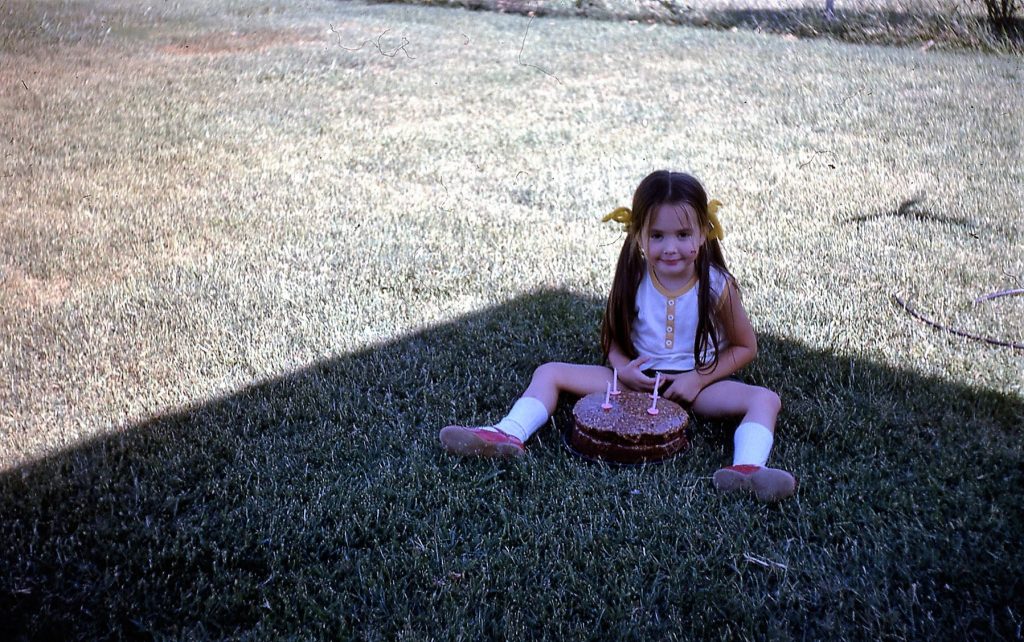 Having a family pet is the best.  This cat had too many litters of kittens to count!  But each one of those babies…. awww.  Except that yellow one Mom never liked…  Circa 1972ish. 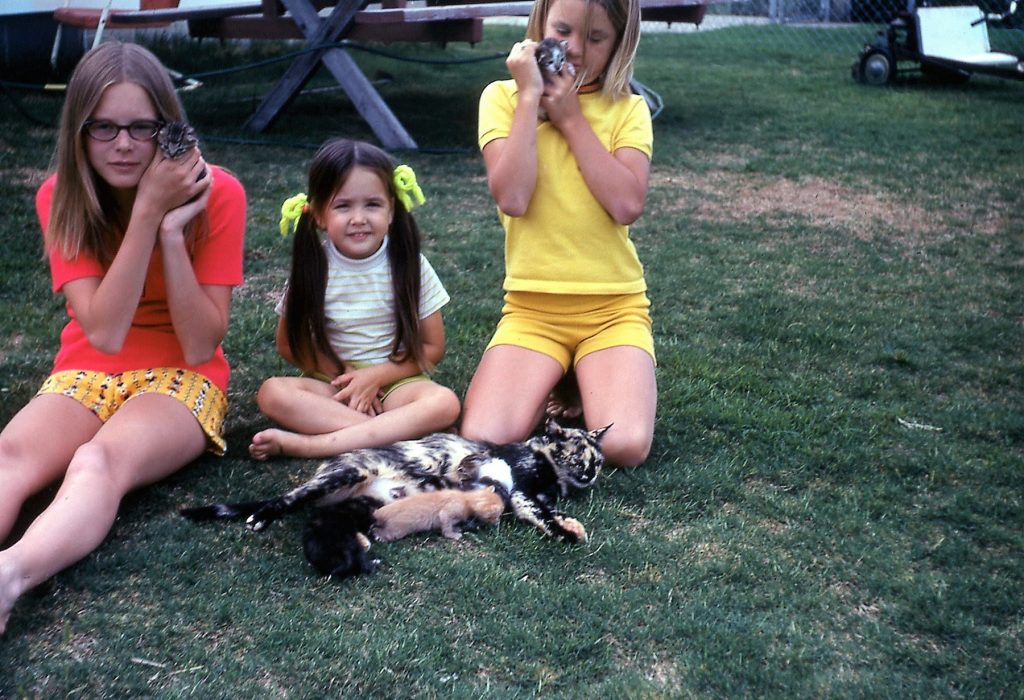 One of the few pictures I’ve seen of my Grandma and Karen together. 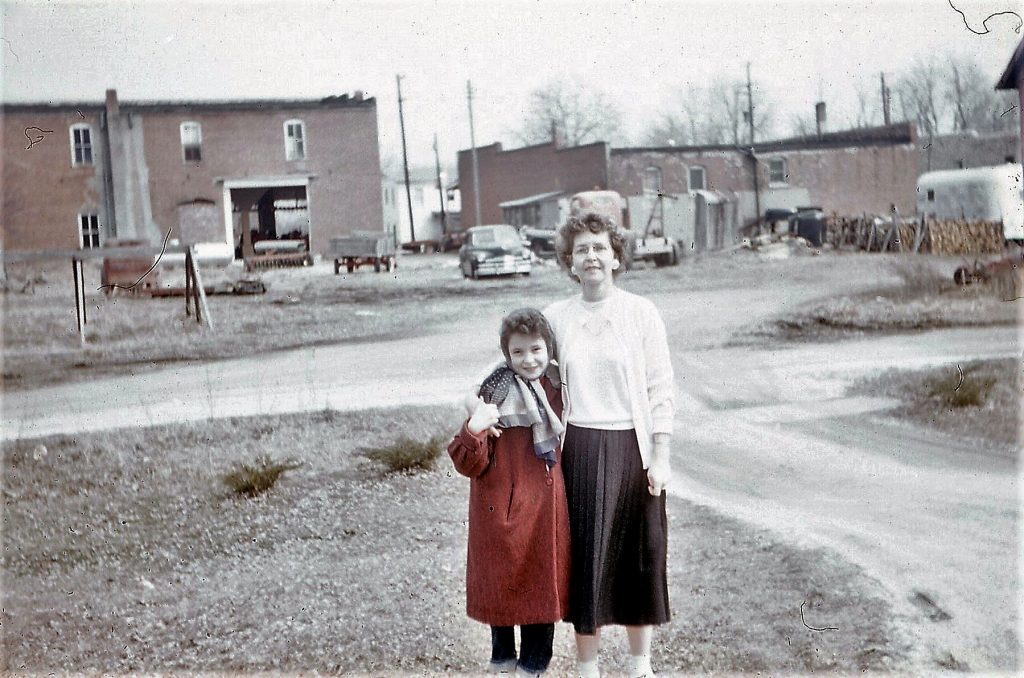 My momma was such a beauty (and still is!).  The women all dressed up in their Sunday best. 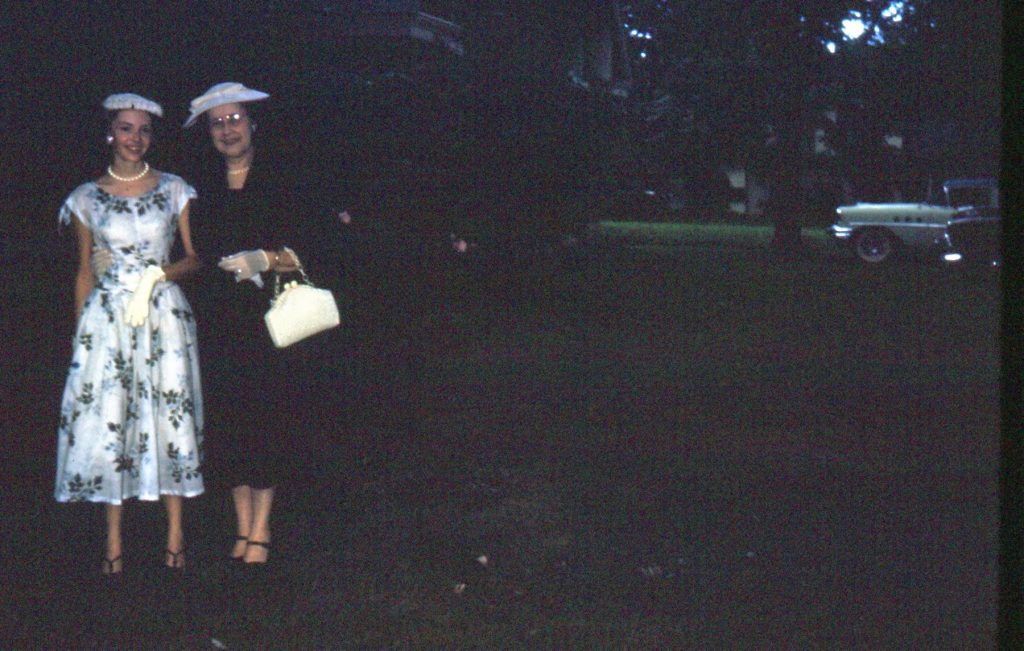 My Aunt Mary, Grandma’s sister.  Modeling for the camera?  Rockin’ the suit! 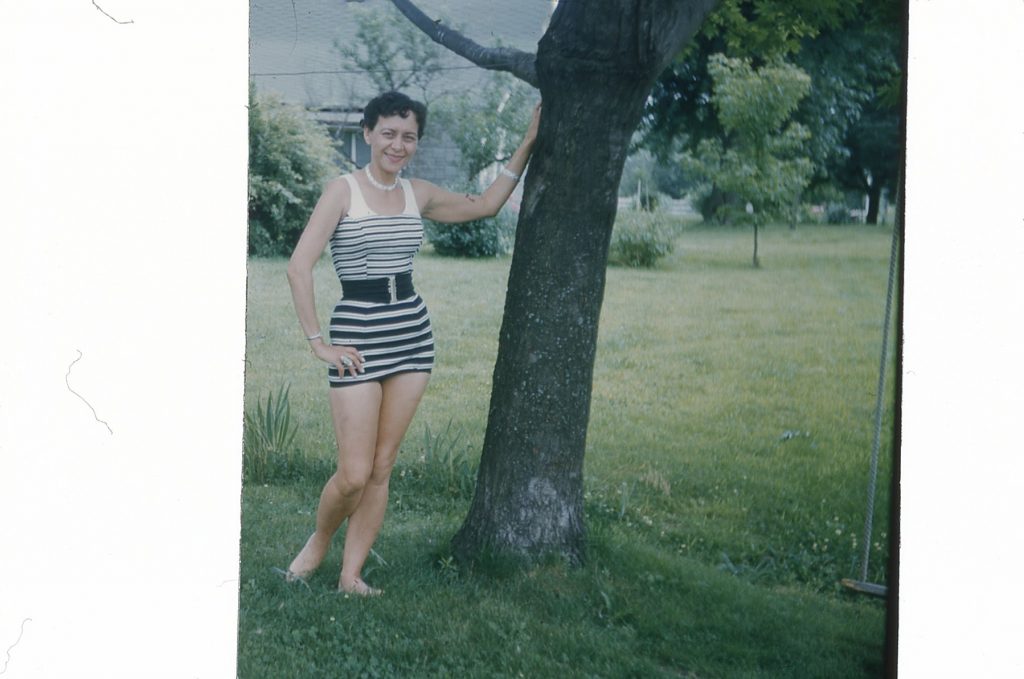 « The Cousins: Then & Now
Evidence of the Wheeler Family Traditions »