The U.S.S. Waccamaw was a replenishment oiler.

A replenishment oiler is a naval auxiliary ship with fuel tanks and dry cargo holds, which can conduct underway replenishment on the high seas.  In other words, they refueled other ships while out in the water, far away from land. 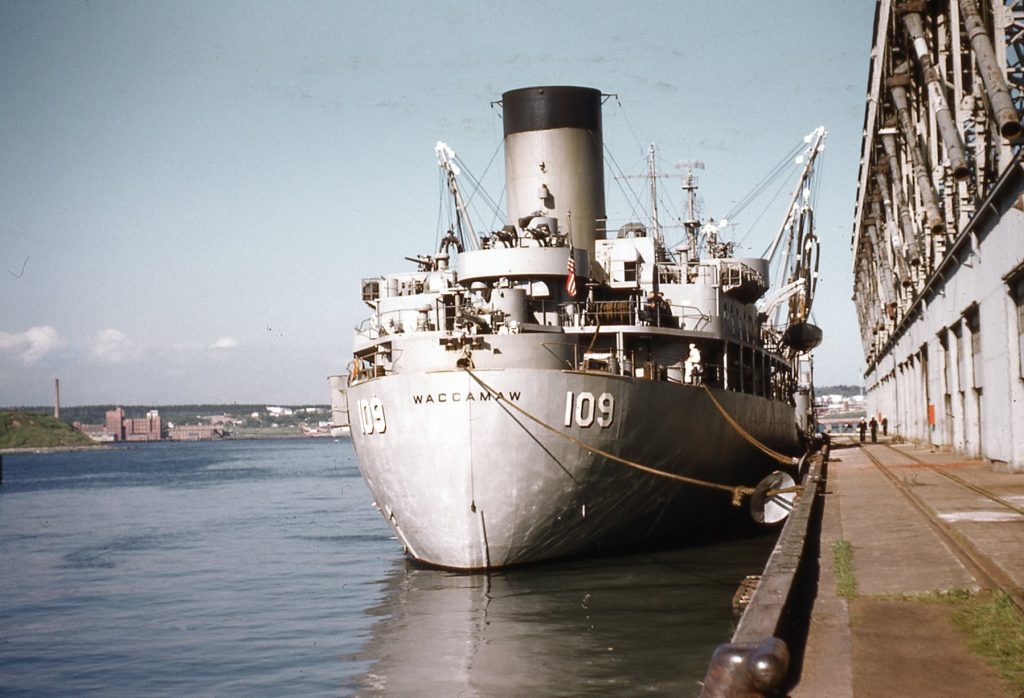 On its second midshipman cruise in 1955, the U.S.S. Waccamaw visited Copenhagen, Denmark, and Edinburgh, Scotland. In the fall of 1955, the ship entered the Philadelphia Naval Shipyard for overhaul and proceeded to the Caribbean for training the following spring.

This was the time that John Wheeler was aboard and assigned to the engine room.  John crossed paths with his brother, James Wheeler, Jr. while there.  James taught John what he knew about the engine room and it’s workings, helping his younger brother learn the ropes quickly, which impressed the ship’s senior “management”.

Waccamaw was retired from service and returned to the Navy in 1989. She was then transferred to the custody of MARAD  (US Maritime Administration) and assigned to the National Defense Reserve Fleet at Fort Eustis, James River, Virginia, where she remained berthed until sold for scrapping at Brownsville, Texas in 2005. 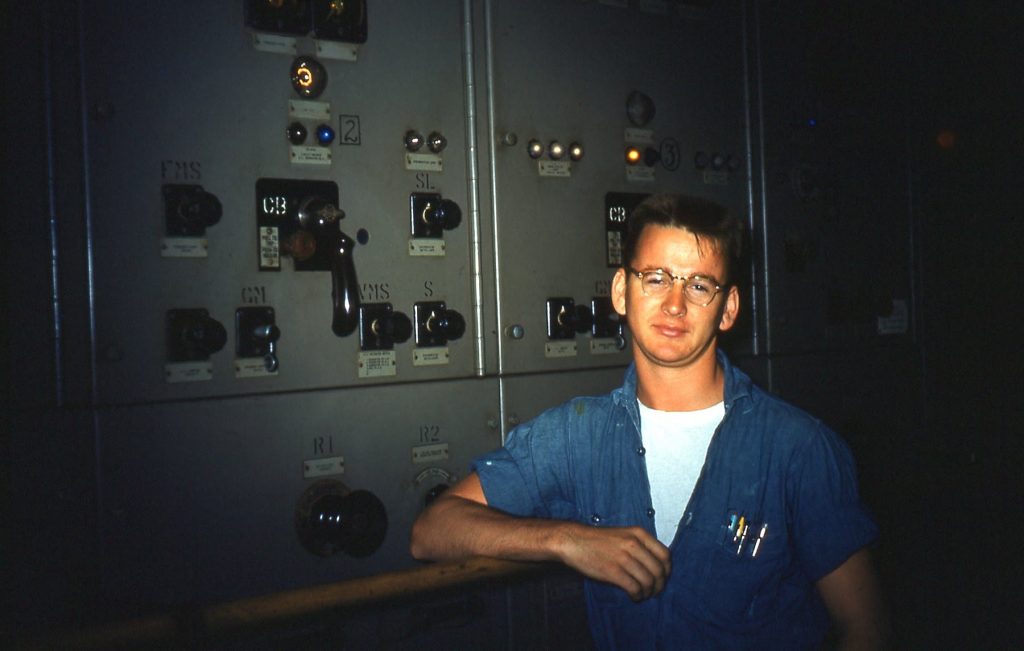 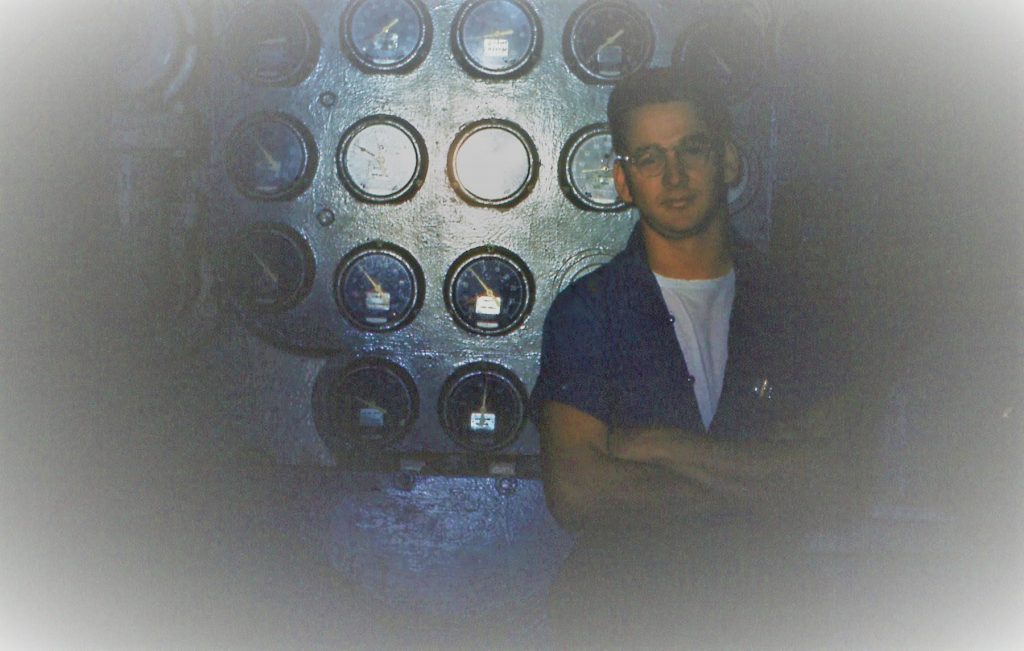 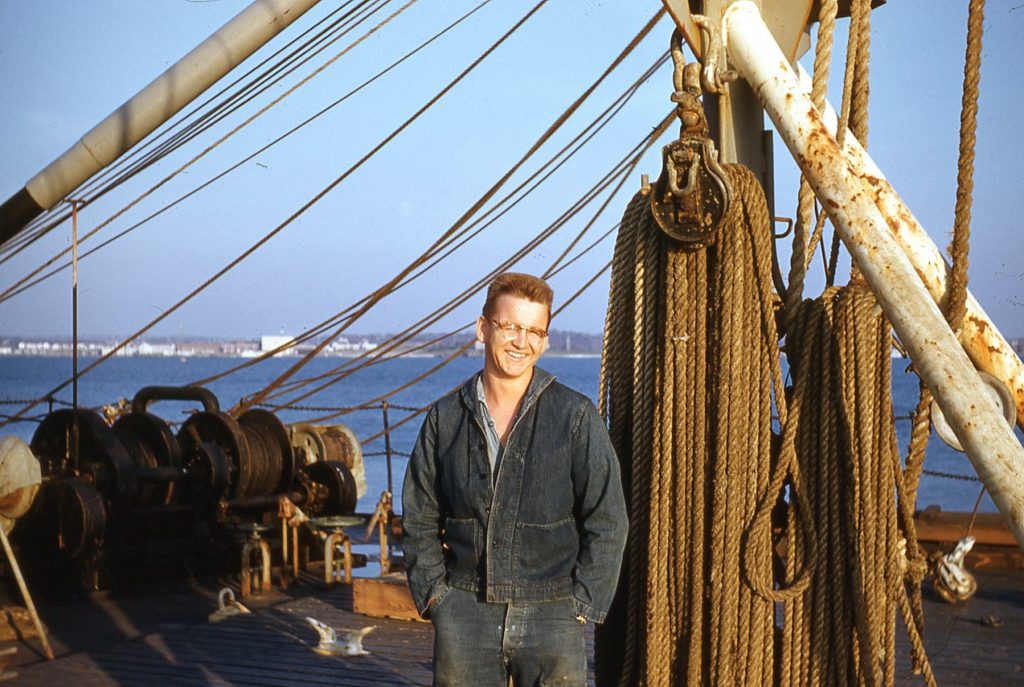 On the deck of the U.S.S. Waccamaw with John Wheeler. (Smiling.  Must have just had a video chat with Marilyn.) 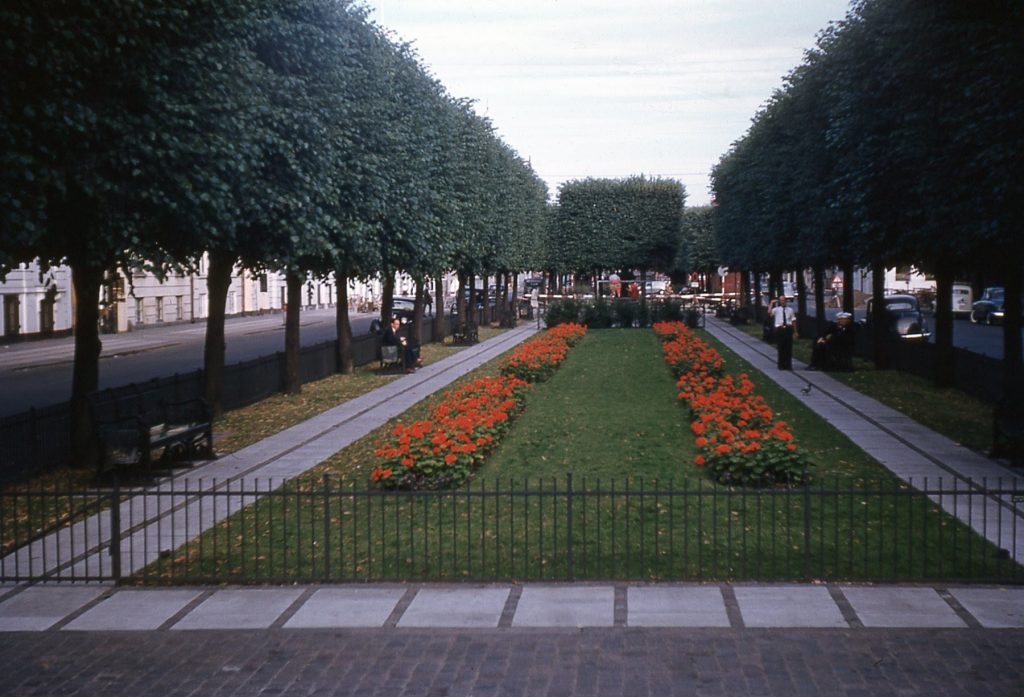 A little break on land. Scotland or Denmark.

Thank you to all the men & women who serve our country.  We honestly and always appreciate your service.

For additional slides scanned this date:  see the PHOTO GALLERY.