This clock sits on the mantle at my parent’s house.   I know I’ve asked about it before, but I wanted to hear the details of it again, so that we could have a record of it’s history. 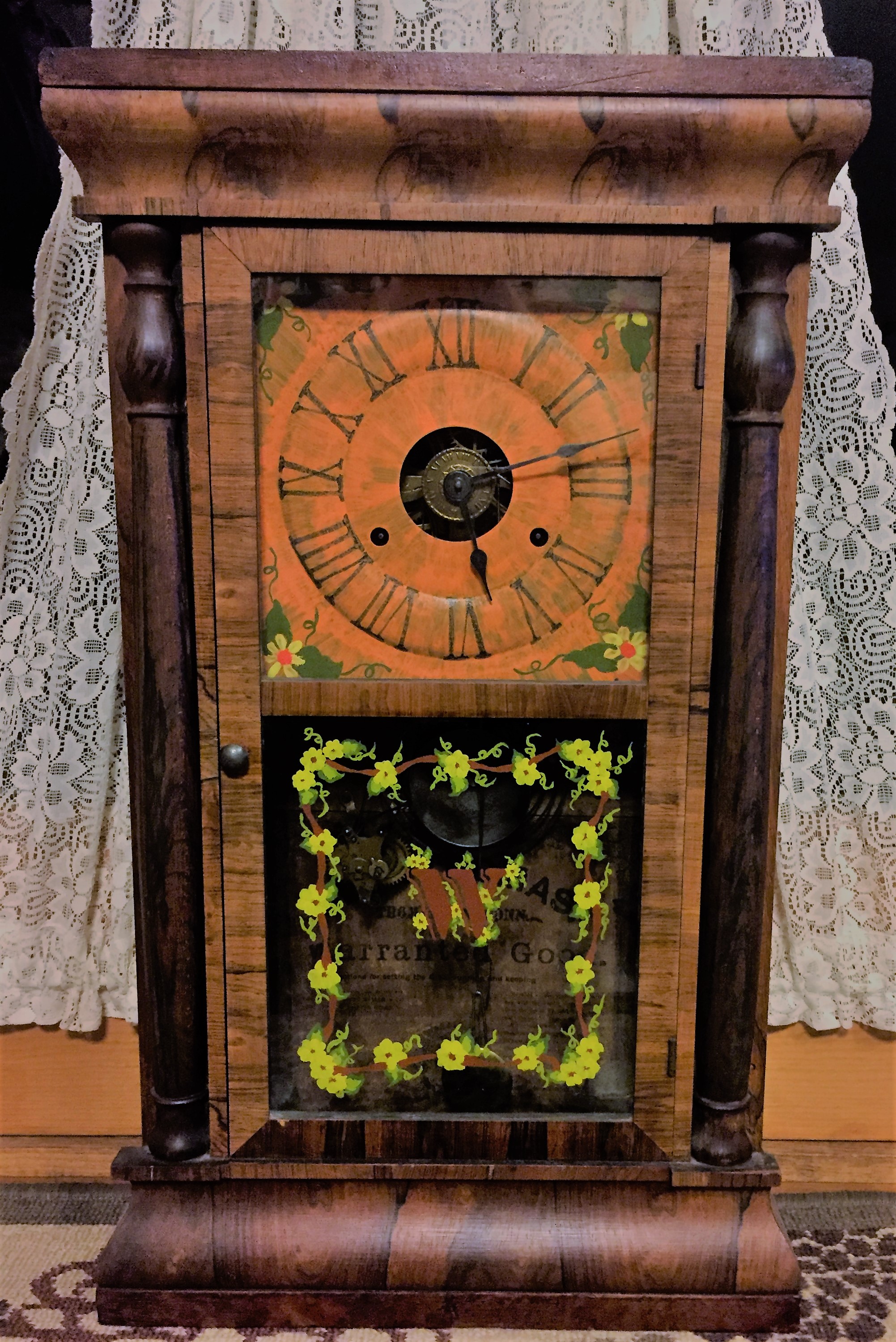 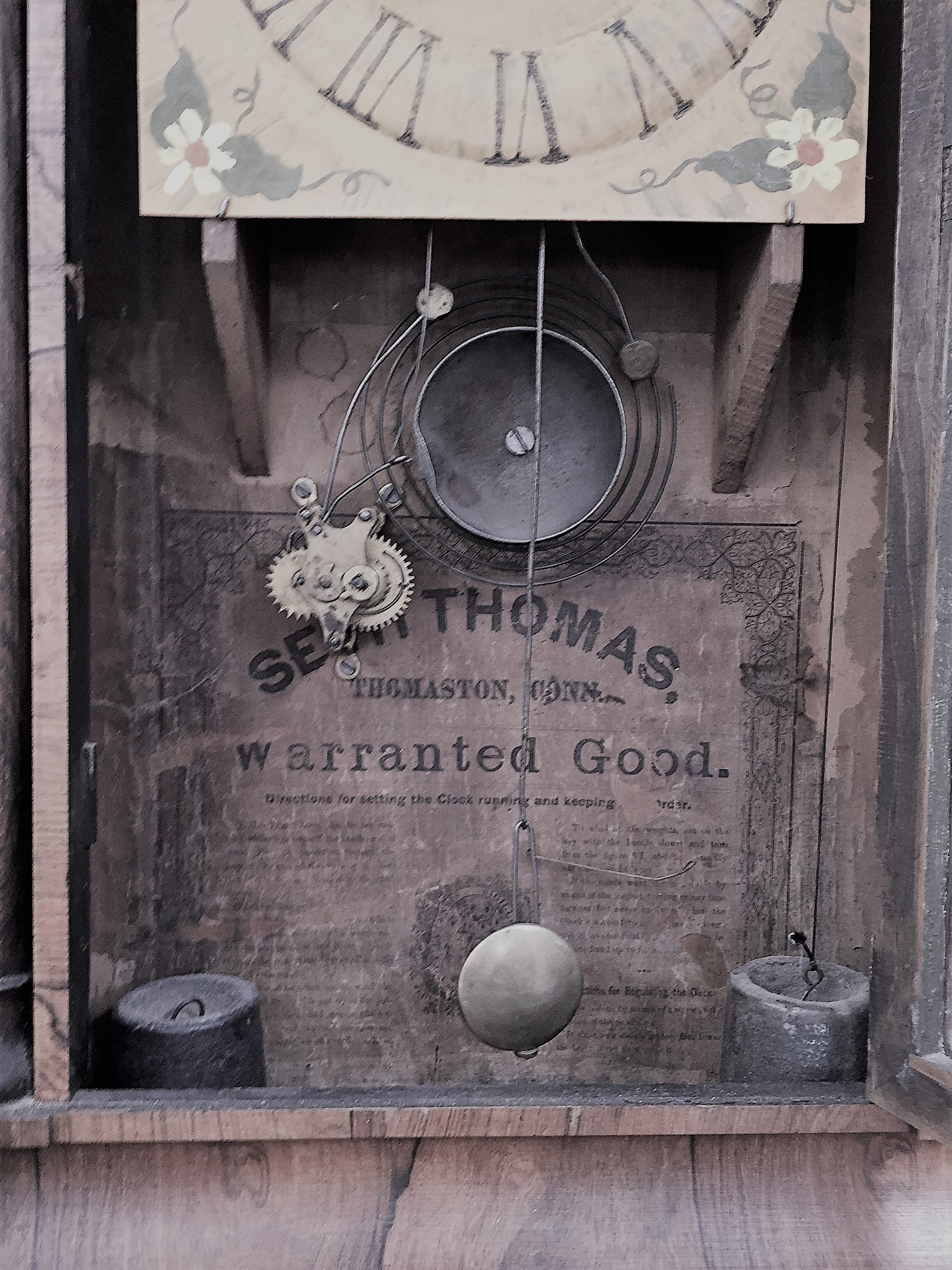 The information written on the back of the clock dates to the mid 1800’s.  Documentation shows this clock was produced between 1837 and 1845. 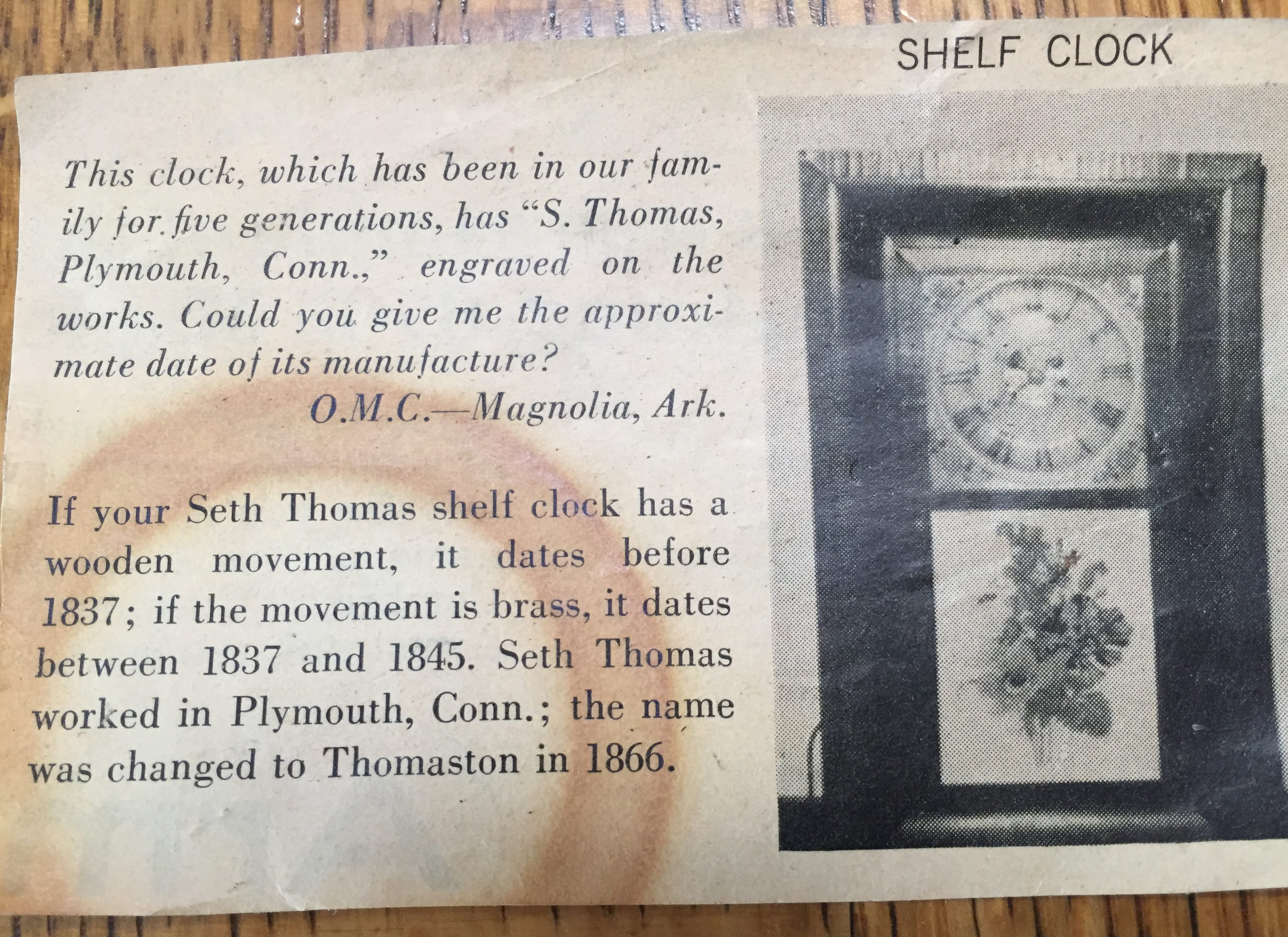 Information stored inside the clock.

Dad remembers this clock being at the Lewis Family farm when he was growing up.  Lewis was his mother’s maiden name.  The people listed on the back of the clock are on his mother’s side, my Grandma Grace. 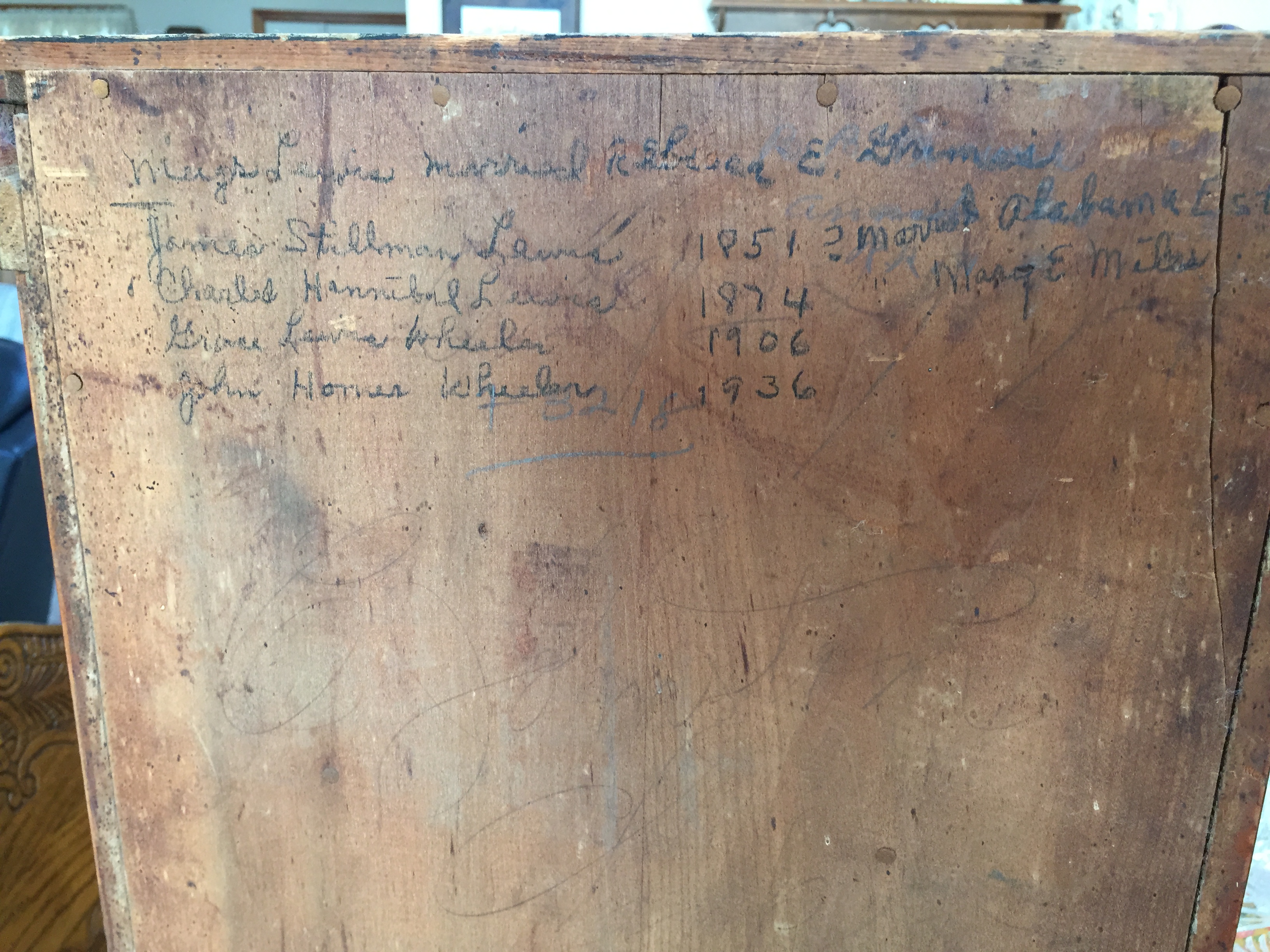 Legible writing on the back:

This clock would be about 175 years old.   Heirlooms such as this are priceless and deserve special care and consideration.  What will happen to it in the next 175 years?