The Model A and the Frogs Story

There is a true story about the first Model A that I must tell.  While still in high school, a friend and I decided one evening that we should take our dates frog hunting as it was summer time, the evening was warm and frog season was open.

And so it Begins:

So all four of us climbed into my 1930 Model A coupe which is not very roomy.  We piled in anyway and off we went on a frog hunt with a strong flashlight and a broom handle to hit the frogs with.  A .22 rifle would be a good way to kill frogs but since we didn’t have permission to go on some of the farms we planned to visit, making noise was not a good idea.

We had a good night and filled a couple of potato sacks with large green bullfrogs.  On the way home, we stopped for a while and the ladies – both wearing shorts – decided they wanted to see the frogs which were in a sack in the floorboard of the Model A.

The Beginning of The End:

They had been cracked on the head and not totally killed and some had regained their senses so when the sack was opened we suddenly had several green slimy bullfrogs hopping all over the inside of the Model A – on the bare legs of the girls, in their laps, on their faces, on bare arms, etc in the dark.

Panic was an understatement.  Screaming was rampant and I was sure this would be our last date.  We finally collected all the frogs and got them back in the sacks,  got the girls settled down and restored order.

It was certainly a night to remember.  We both eventually married the girls we dated that evening. 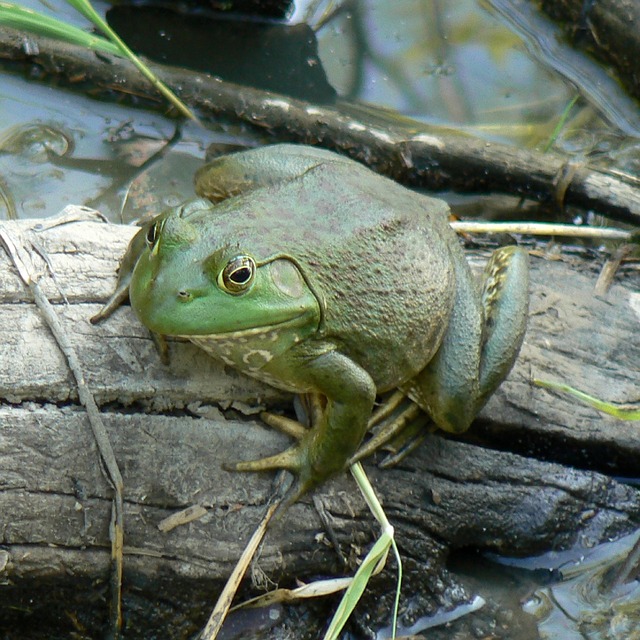 More Stories from the Model A  Archives:   The B.T. Incident

« Family Friendly Reading Recommendations: For Kids
From the Model A Archives: The B.T. Incident »