When you’ve lived a long life, experienced so much, and learned a few things along the way, your wisdom and knowledge should be shared.  Here are some words from one of those people, my Dad. His younger days weren’t always easy, as was the case for most people during that time so long ago.  But it helped to shape the man we know and appreciate today.

Here is his story, in his own words…

If you didn’t read Part 1, you can find it here. 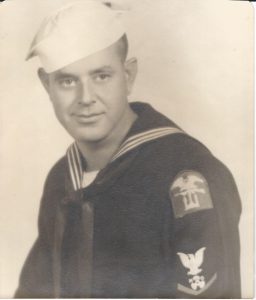 My father was in training for several months, then deployed aboard Landing Ship-Tank (LST) 807 and was a part of the invasion of Iwo Jima.  LST’s were support ships for invasions carrying tanks, vehicles, cargo, and troops right on the beach to unload their cargo. If you were assigned to an LST you knew you were headed for an invasion somewhere since that was their intended purpose.

Iwo Jima was not a friendly place then and my father saw a lot of action there. He knew the dangers of war and that his life would be in danger so he wrote to his sisters (Ruth and Hazel) asking them to take care of each of us if something happened to him and I have those letters. The letters show some of the pain families endured during wartime and how they coped with the anxiety of not knowing if they will live or die and what might become of their loved ones. They are a reminder of the dangers facing all of us during WW2.  However, my father did return home safely in 1945. We knew several young men who did not return.

Still in the news.

In the 1990’s Parade magazine did a story about the invasion of Iwo Jima and published the attached picture of several LST’s on the beach at Iwo Jima, including the ship my father was on. LST 807 can be seen in the center of the picture unloading its cargo. Many other warships participated in this invasion, but only the LST’s were directly on the shore to unload and that made them closer targets. 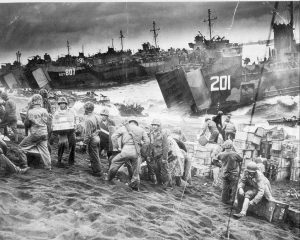 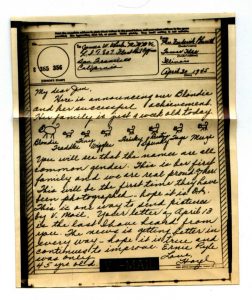 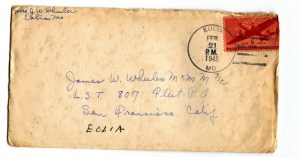 Other Family Members Who Served.

« Living Life for 80+ Years: Experiences, Trials and The Good Stuff, Part 1
Letters From John: Varmints in the Garden, Chapter 3 »