John is 81 years old.   He grew up in a small town and learned a lot about life during his younger years, sometimes the hard way.  John proudly served his country and is a Navy Veteran of the Korean War. He married his sweetheart, Marilyn, over 60 years ago.  Together they have made their way through life, raising a family through good times and some no-so-good times.  They have three daughters together, two here on earth, and one an angel (you can see her on his pin that he wears every day).  They are #1 awesome in the eyes of their nine grandchildren and two great-grands (so far).  They continue to be loving, supportive, and involved with all of their family. 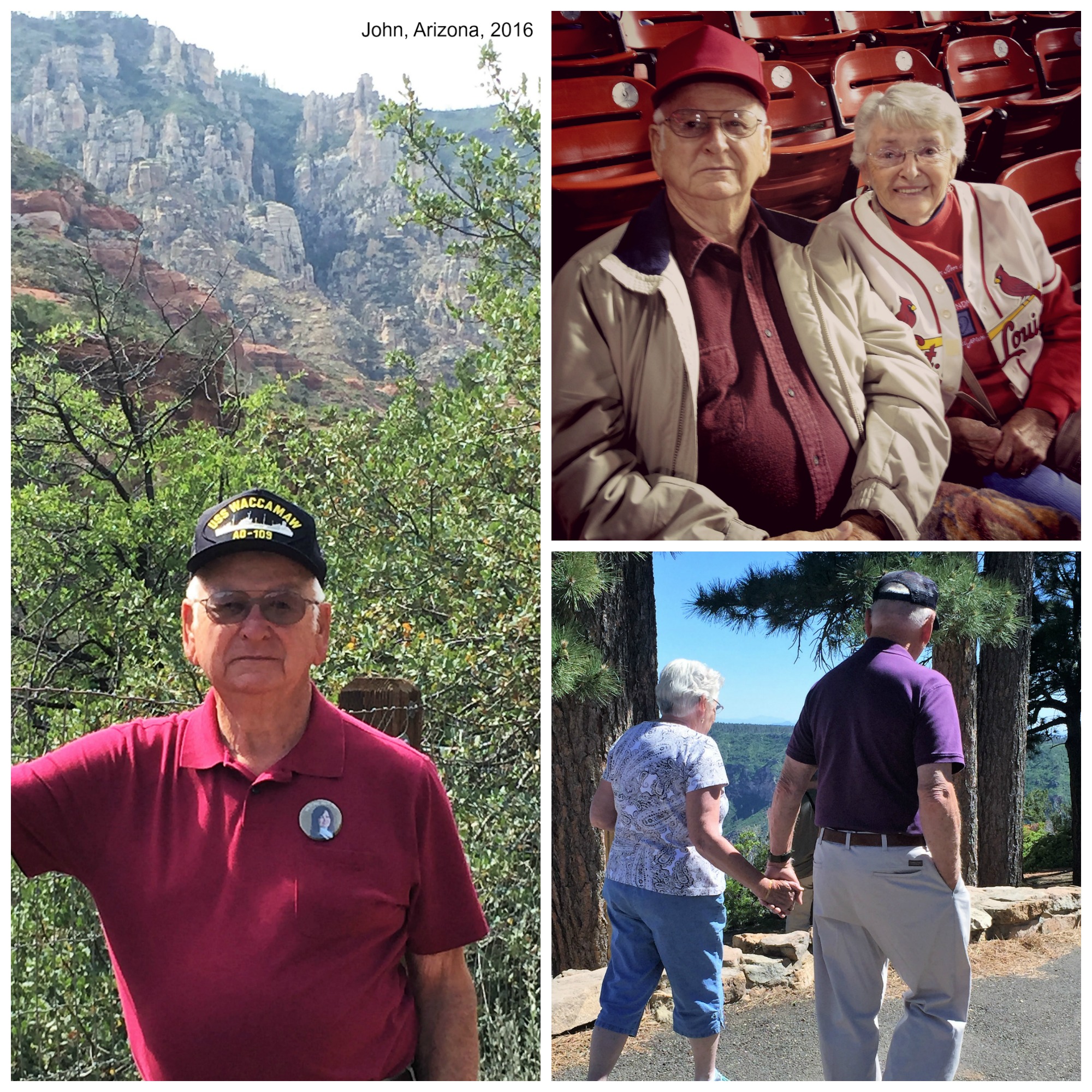 The older generation, people like John, my Dad, have a lot of experience, wisdom, lessons, and memories to share with the rest of us.  This is dedicated to my wonderful Pops, who is devoted to God and to his wife and family.  Thanks, Dad, for everything!

I would like to share some of his insights, antics, and sometimes his silliness with you.   I begin with some silliness.  Because I can.  Enjoy!

This site is a participant in the Amazon Services LLC Associates Program, an affiliate advertising program designed to provide a means for us to earn fees by linking to Amazon.com and affiliated sites.   This post may contain affiliate links.

Varmints in the Garden, The Series

The following is based on a true story.  Over the course of several months, John sent emails to his family and friends, detailing the adventures he was having trying to rid his garden of pesky critters.  An update was sent out every few days, keeping us informed of the progress.  We enjoyed the process and began to look forward to each email.   Installments of this series will keep you hanging on the edge of your seats, waiting for more.  (Posted with permission and encouragement from the man himself…)  Here we go…

From :  John
Subject: Varmints in the garden

About a week ago, I noticed there were a couple of tomatoes and a melon missing from my garden. Not knowing where they went, I suspected a varmint of some kind and borrowed a trap from a friend. He brought two traps – one small and one larger. Traps were set and the first night I caught a small possum, second night – a small and a large possum, third night  – another small possum then last night – a LARGE raccoon! I also saw another possum eating a tomato in my garden (not in the trap) when I checked the traps before going to bed last night, so I know there are still more possums to catch. I think I will go buy my own traps…. 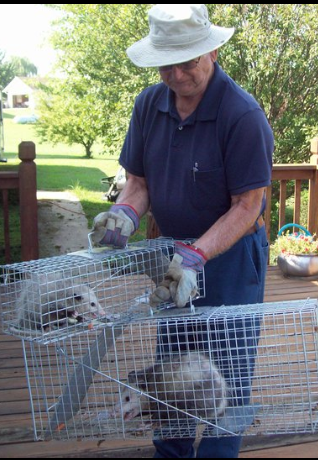 Possums removed from the garden.

What do I do with the varmints that are trapped? Glad you asked – here is a direct quote from a letter I got from the MO Dept of Conservation after I called and asked where could I release them. Their letter says “Euthanizing a trapped animal is strongly recommended”! WHAT?!! I thought they were a

‘”CONSERVATION” department and they want me to kill a trapped animal simply because it was trying to find something to eat? I don’t want to kill it – just find it a different salad buffet and get the heck out of my garden – and for that, I should kill it? And the MDC is re-introducing elk, bears, mountain lions and other large animals to the state? I am a former hunter and I don’t mind shooting ducks, quail, rabbits, etc to eat, but to kill an animal just because it is in the garden and dumb enough to get trapped, is no reason to kill it – maybe the bears or mountain lions would enjoy a raccoon meal! Anyway, I have been hauling them off to a conservation area and releasing them unharmed – but if they come back….. KAPOW! goes the 357 mag.  So far, the armadillos have not arrived here.  Costs me about two gallons of diesel fuel every day to haul their furry little butts off – I should tie them on the back bumper and drag them there… Maybe bullets WOULD be cheaper!
— Trapper John/Dad
Have you ever had Varmints in your garden?  Leave a comment about your experience.  We would love to hear your solutions!